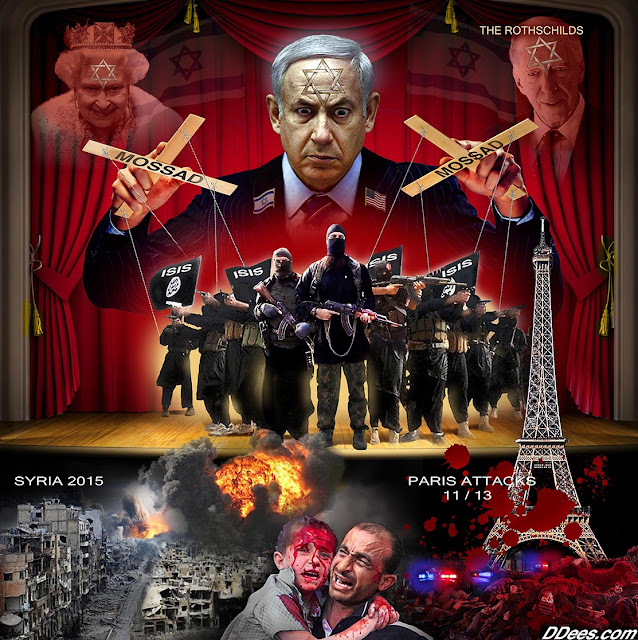 I want to acknowledge two researchers and reporters, whose work cuts deeply into the ISIS mirage: Tony Cartalucci and Brandon Turbeville. In a half-sane world, Cartalucci would be the international editor of the New York Times, if the Times were a real news outlet.

If we accept the premise that ISIS attacked Brussels, then the next question is: what is ISIS?

“Obama’s plan [is] to ‘detect and degrade’ ISIS…the reality is that the plan is nothing more than a plan to…destroy the Syrian government to benefit of ISIS and other fundamentalist groups that the United States has created, funded, trained, and directed since the very beginning of the Syrian crisis.”

“…there were never, nor are there any ‘moderates’ operating in Syria. The West has intentionally armed and funded Al Qaeda and other sectarian extremists since as early as 2007 in preparation for an engineered sectarian bloodbath serving US-Saudi-Israeli interests. This latest bid to portray the terrorists operating along and within Syria’s borders as ‘divided’ along extremists/moderate lines is a ploy to justify the continued flow of Western cash and arms into Syria to perpetuate the conflict, as well as create conditions along Syria’s borders with which Western partners, Israel, Jordan, and Turkey, can justify direct military intervention [in Syria].”

“Indeed, even the New York Times has been forced to admit that there are, as Cartalucci expertly argues in his article, no moderates in the ranks of the Syrian death squads. As Ben Hubbard [NY Times] wrote in April, 2013 (“Islamist Rebels Create Dilemma on Syria Policy”), ‘In Syria’s largest city, Aleppo, rebels aligned with Al Qaeda control the power plant, run the bakeries and head a court that applies Islamic law. Elsewhere, they have seized government oil fields, put employees back to work and now profit from the crude they produce…Across Syria, rebel-held areas are dotted with Islamic courts staffed by lawyers and clerics, and by fighting brigades led by extremists. Even the Supreme Military Council, the umbrella rebel organization whose formation the West had hoped would sideline radical groups, is stocked with commanders who want to infuse Islamic law into a future Syrian government…Nowhere in rebel-controlled Syria is there a secular fighting force to speak of.‘” (emphasis added)

In other words, the “moderate Syrian rebels” are a fiction no one could fail to notice. The US funding has always gone to ISIS. 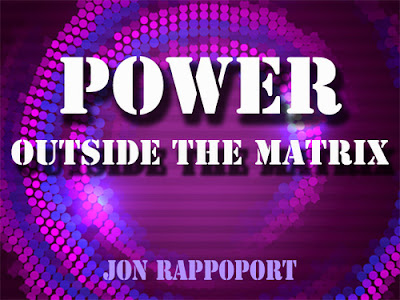 I could cite much more from Cartalucci and Turbeville, who effectively argue that ISIS is a created tool of the US government and its allies. I strongly recommend you read and study their work.

As far as the Brussels attacks are concerned, if we assume that ISIS was responsible, the whole scenario is turned upside down after analyzing the basis of ISIS.

The Obama administration (jointly with the Bush administration) should be announcing: “Well, we keep ISIS alive. Unfortunately, things happen. One of those things is Brussels.”

And then you could go on to query the sincerity of the word “unfortunately.”

The author of three explosive collections, THE MATRIX REVEALED, EXIT FROM THE MATRIX, and POWER OUTSIDE THE MATRIX, Jon was a candidate for a US Congressional seat in the 29th District of California. He maintains a consulting practice for private clients, the purpose of which is the expansion of personal creative power. Nominated for a Pulitzer Prize, he has worked as an investigative reporter for 30 years, writing articles on politics, medicine, and health for CBS Healthwatch, LA Weekly, Spin Magazine, Stern, and other newspapers and magazines in the US and Europe. Jon has delivered lectures and seminars on global politics, health, logic, and creative power to audiences around the world. You can sign up for his free NoMoreFakeNews emails here or his free OutsideTheRealityMachine emails here.
Posted by SATHYA at Thursday, March 24, 2016