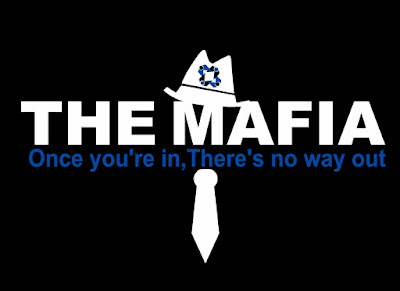 Beneath the glitz, the fabric of the underworld-Bollywood nexus has not changed much even in 2015.

Two decades after the cold-blooded murder of “Cassette King” Gulshan Kumar, the underworld still enjoys considerable access to the Mumbai film industry. Beneath the glitz, the fabric of the underworld-Bollywood nexus has not changed much even in 2015 — actors, producers and distributors not only pay obeisance to the ‘bhais’ at offshore locations such as Dubai but also help them establish a toehold in the film business by collaborating with production houses directly funded by fugitive gangster Chhota Shakeel, show investigations by The Hindu.

Indian agencies listened in on several conversations between Chhota Shakeel, a leading organiser of Bollywood events in the UAE, and other underworld operatives that showed that arrangements were under way in full swing to welcome a Bollywood superstar at the popular Meydan Hotel in Nad Al Sheba in Dubai from May 27 to 30. The fugitive don booked a double-room in the hotel for Dawood Ibrahim’s son Moin and daughter-in-law who were keen on a photo-op with the star. One intercept reveals an aide telling Shakeel in Dubai that he and others were with one Karim Bhai and the film star had gone out. The aide assures Shakeel that he will take Dawood’s son and daughter-in-law to the star. After a few minutes, Shakeel calls the aide to ask him to give his reference to the Bollywood event organiser, and that “children” must be arranged a good photo-op.

The meeting concluded on the same day as planned by Shakeel. 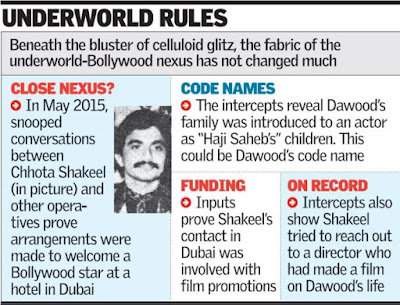 Dawood’s family was introduced to the actor as “Haji Saheb’s” children. It could well be the code name for Dawood among those in the film fraternity who continues to deal with him, or a way to mislead the superstar into meeting Dawood’s family members. Sources in the security establishment said the Shakeel contact in Dubai, who arranged the meeting for Dawood’s son with the star, was closely involved in Bollywood film promotions in Dubai and was a close acquaintance of top actors and production houses in Mumbai. Close proximity of actors, or cricketers, with the criminal world during their UAE tours has been a matter of concern for intelligence agencies. The Hindu’s investigation completes an important missing link of this puzzle since the 1993 blasts: a clear synergy between Bollywood and the underworld during tours abroad continues to date.

In March, a popular Pakistani television actor, desperately in need of a visa to visit India and find work in Mumbai, approached Shakeel for arranging a meeting with top television channels. The don immediately set up meetings for the newbie with several popular production houses.

In another intercept, the same actor called up Shakeel to push for his launch in Bollywood with a leading production house. Subsequently, Shakeel called up the CEO of a movie production house that is a major player in the Indian TV world and arranged a meeting. The intercepts do not reveal if the meeting ever took place, but prove the phone call was made.

Several intercepts show Shakeel attempting to reach out on February 26 to a Bollywood director who had just finished a film on Dawood Ibrahim’s life. In 2013, the fugitive don had planned a hit on the same director. When an associate in Mumbai asked Shakeel if he found time to threaten another superstar of Bollywood, Shakeel replied that he no longer called up actors with extortion calls.