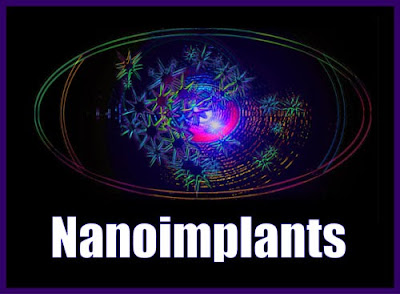 WATCH ON YOU TUBE
http://www.youtube.com/watch?v=JyaL5lk_hWM&feature=youtu.be

VANCOUVER, BC – In an interview with Alfred Lambremont Webre, Magnus Olsson, Director of the European Coalition Against Covert Harassment (EUCACH.ORG) disclosed that one of the scientists whom he consulted has estimated that 80% of humanity may already be implanted with Transhumanist control nano-bot implants for remote neural monitoring, mind control.

In the interview, Magnus Olsson details how scalar waves and the use of super quantum computers in the quantum cloud to control “pipes” a reference to the brains of humans that have been taken over via DNA banks or via implants that can be breathed in from chemtrail aerosols can breach the blood-brain barrier and then controlled by artificial intelligence (AI) via scalar waves on a super-grid. Over 1000 grids worldwide are now connected into a mind control super grid that is connected to HAARP as a master planetary AI remote neural monitoring, mind control machine that is implementing a Transhumanist agenda for global enslavement.

Magnus discloses details of how on the night of Oct. 29, 2013, his own dreams were remotely invaded via implants and his breathing mechanism stopped. Magnus manage to awake while he was still alive, although blue in the face.

The Oct. 29, 2013 attack took place at a period when the energy frequency shield provided by homeopathic gold that Magnus takes was low because his supply of homeopathic gold, normally available at homeopathic health stores or online, was low.

One goal of the Oct. 29, 2013 attack on Magnus may have been to stop the activism of EUCACH against the Transhumanist Agenda. EUCACH's sister organization ICAACT provides free scanning events for members of the public to determine if participating individuals are emitting RF frequencies.

EUCACH, along with other groups, is lobbying at the European Parliament and European Commission for regulations to ban covert remote neural monitoring, torture and control.

Daniel Estulin, who exposed The Bilderberger Group in an earlier book, in July 2013 interviewed Magnus Olsson on RT, the largest television network in the world

According to Daniel Estulin, “With the original title ‘Control mental. El sueño dorado de los dueños del mundo’ (Mind control. The golden dream of the world's masters) -- broadcasted to some 10 million people -- was one of the biggest victories for victims of implant technologies so far. Thanks to Magnus Olsson, who, despite being victimized himself, worked hard for several years to expose one the biggest human rights abuses of our times - connecting people against their will and knowledge to computers via implants of the size of a few nanometers - leading to a complete destruction of not only their lives and health, but also personalities and identities.