Restoration on the roof of the world 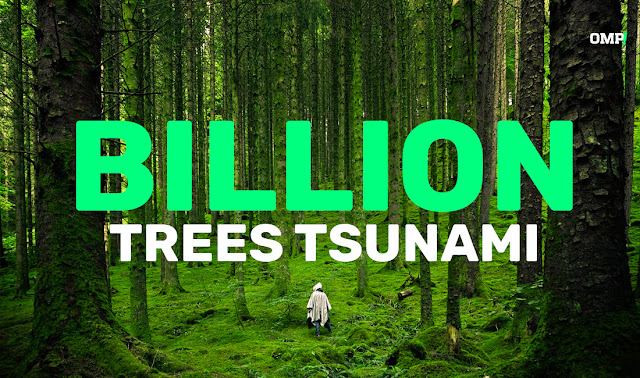 Former sports celebrity-turned-politician Khan's Pakistan Tehreek-e-Insaf (PTI) has emerged as the largest political party in the July 25 parliamentary elections and it is set to form a coalition federal government later this month.

The PTI is "fully prepared" and plans to launch its proposed "10 Billion Tree Tsunami" program in the first 100 days after assuming governance, party officials said.

Reversing environmental degradation and managing climate change through the reforestation campaign will be at the core of PTI's governance, Khan told VOA in the run-up to his last month's election victory.

"I have always been a conservationist, because I was a hunter from a very young age and I saw the diminishing forests and the disappearing wildlife in Pakistan," Khan said.

"So, it was always in my mind that we needed to regenerate our forests because there was a massive destruction of our forests by the timber mafia, one of the most powerful mafias," the former sports celebrity told VOA.

Pakistan is seventh on the list of the countries mostly likely to be affected by global warming and has one of the highest deforestation rates in Asia. Decades of tree felling have reduced the country's forests to less than 3 percent of its land area. About 40 percent of the remaining forests are in Khyber-Pakhtunkhwa, Khan said.

"So, the only way out of it for Pakistan is now to start a massive reforestation campaign for our coming generations," the former cricket celebrity told VOA.

In the 2013 general elections, Khan's PTI could win and form a coalition government only in one of Pakistan's four provinces, namely Khyber-Pakhtunkhwa (KP). He then tasked the new provincial government to plant 1 billion trees within its mandated five-year term and they had hit the goal in August 2017, months ahead of schedule.

The provincial project namely, "Billion Tree Tsunami," restored 350,000 hectares of forests and degraded land, according to the International Union for Conservation of Nature (IUCN).

"The Billion Tree Tsunami initiative is a true conservation success story, one that further demonstrates Pakistan's leadership role in the international restoration effort and continued commitment to the Bonn Challenge," Inger Anderson, director general of IUCN, said last August while congratulating the province on reaching the "momentous milestone."
Tree-planting success

The World Wildlife Fund-Pakistan, which monitored and audited the tree-planting effort in KP, concluded the project has been an environmental, economic and social success, with one of the highest survival rates of trees in the world, ranging from 70 to 90 percent. The watchdog noted the ecosystem would be effectively revived in certain places, resulting in more rains there.

Khan spearheaded the Billion Tree Tsunami project, which began in 2014 and cost $169 million. The program has since established a network of private tree nurseries, boosting local incomes and generating nearly a half-million "green jobs" in the remote mountainous areas.

Local and international experts have noted the negative impacts Pakistan faces due to the effects of global warming.

This year the southern city of Nawabshah experienced its hottest-ever April. The temperature soared to 50.2 degrees Celsius (122 Fahrenheit), the highest temperature ever measured on the planet during April, an expert on global weather extremes told The Washington Post earlier this year.

Moreover, officials at Pakistan's Ministry of Climate Change have warned that surging temperatures in the country's northern areas are aggravating social, economic and environmental challenges facing the mountainous communities.

"More and more glacial lakes are forming in remote mountain valleys in Gilgi-Baltistan and Chitral district because of warming temperatures. These pose serious risks to the lives and livelihoods of the climate-vulnerable communities," it said.

There are more than 5,000 glaciers in northern Pakistan, but many of them are melting at a much faster rate because of soaring average temperatures in the mountainous valleys, the ministry said in its detailed study.

"In 2010, there were about 2,400 glacier lakes in Pakistan's north. Presently, there are over 3,000 glacial lakes, 52 of them in the north on the verge of outburst anytime," the ministry added.