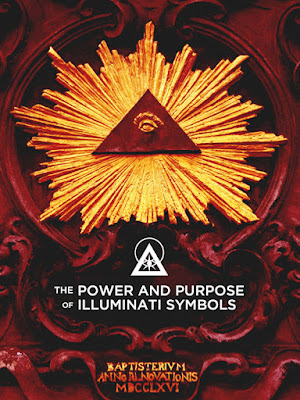 Why Symbolism Is Used

While at an event in California called Contact In The Desert, we interviewed David Wilcock, a longtime occult researcher. During the interview, he mentioned that the Elite/Illuminati believe they must convey their intentions to humanity in order to, in essence, get permission from us to have them enslave us. This manifests as rituals during mass sports events, symbolism found around society and in various popular industries like film and music.

The rules and symbols this group follows is very similar to that of many religions we know of today like Christianity, Judaism, Islam etc. To them, it’s their strong belief, and their goal is to popularize their religion and symbolism so they can gain as much power from it as possible.

Check out the clip below to hear what this symbolism is about. You can watch the full interview with David Wilcock here.
https://youtu.be/UHNd-eLe7VA

Becoming aware of these things is the first step in disempowering them. When we no longer idolize and give in to the mass mind control that takes place via Hollywood, the music industry and so forth, we move our dollar, attention and power away from it and instead begin to focus on creating other things. Their game only works when we choose to play it so blindly. By knowing what’s going on, we can choose a different path, rendering their game useless. They are not all powerful in that they can control our every move, it is only when we are unconscious of it all or turning a blind eye to it that we give them the power.