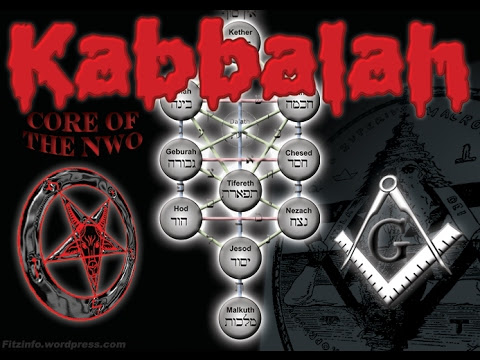 If “Masonry is synonymous with Revolution,” and if “Revolution” is like “fire” which purifies the earth, then the Israeli regime must think that they are purifying the Middle East by wiping out the Palestinians and creating political chaos in the United States.

In his book The Encyclopedia of Jewish Myth, Magic and Mysticism, Rabbi Geoffrey W. Dennis unequivocally writes that:

Dennis moves on to add: “But for the millennia, many of these core teachings have been unavailable to the general public, concealed by barriers of language and by the protective principles governing the teaching of Kabbalah, which has both nurtured and guarded such knowledge.”[2]

These esoteric teachings have indeed been “censored” out of the general public because the Powers That Be obviously love to keep the masses in the dark.

The striking fact is that Dennis hasn’t been called an anti-Semite or self-hating Jew for saying devastating things like this. But if the Goyim dare to even point these out, they would be accused of all sorts of nasty names.

But if Dennis is right, then what are some of the implications here? If “virtually every form of Western mysticism and spiritualism known today draws upon Jewish myth and occult teachings,” then it stands to reason to assume that both Freemasonry and Rosicrucianism are part of this “Jewish myth.” Numerous writers have drawn similar conclusions.[3]

E. Michael Jones has argued that “Freemasonry is ultimately Judaizing.”[4] It follows logically that the ultimate goal and purpose of Freemasonry is to turn the moral and political order upside down. In fact, this was exactly what happened during the French Revolution. But the Freemasonry itself has a bigger purpose: it seeks to assassinate Christ. Jones writes:

“The deeper the adept penetrates, the more Talmudic are the mysteries revealed to him. The Rosicrucian, for example, is taught the inscription INRI which was nailed to the Cross means not Iesus Nazarensis Rex Iudeorum, but rather the ‘Iew of Nazareth Led into Iudea,’ a reading which deprives Christ of his divinity and reasserts the Talmudic calumny that Christ was a common criminal who deserved to be executed:

“‘as soon as the candidate has proved that he understands the Masonic meaning of this inscription INRI, the Master exclaims, My dear Brethren, the word is found again, and all present applaud this luminous discovery, that—He whose death was the consummation and the grand mystery of the Christian Religion was no more than a common Jew crucified for his crimes.’

“Mystical Masonry is synonymous with Revolution. Freemasons ‘looked upon the Revolution as that sacred fire which was to purify the earth and these credulous adepts were seen to second the Revolution with the enthusiastic zeal of a holy cause.’ When the adept is introduced to the degree of Knights Kadosh, ‘all ambiguity ceases.’”[5]

If “Masonry is synonymous with Revolution,” and if “Revolution” is like “fire” which purifies the earth, then the Israeli regime must think that they are purifying the Middle East by wiping out the Palestinians and creating political chaos in the United States.

Thankfully, many decent people have dedicated their lives to expose this political chaos, and one of them is my good friend and colleague Mark Dankoff:

[3] See for example Vicomte Leon De Poncins, Freemasonry and Judaism: Secret Powers Behind Revolution. We will discuss the content of this book in more detail in the future.