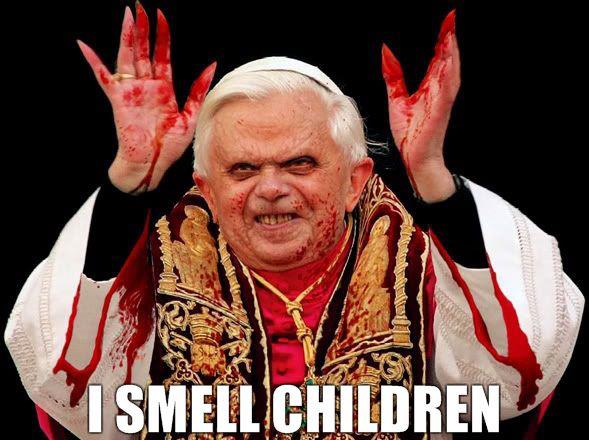 About seven percent of Catholic priests in Australia were accused of sexually abusing children between 1950 and 2010, but few allegations were investigated, an inquiry in Sydney has heard.

The scathing figures, released as hearings began on Monday over the allegations dating back decades, were compiled with the cooperation of the church as part of the Royal Commission into Institutional Responses to Child Sexual Abuse.

The commission, Australia’s highest level of inquiry, reported 4,444 alleged incidents of sexual abuse by Catholic priests between 1980 and 2015.

The inquiry also heard that 1,265 priests and religious brothers and nuns had been accused during a 60-year period ending 2010.

“These numbers are shocking. They are tragic and they are indefensible,” Franklin Sullivan, head of the church’s Truth, Justice and Healing Council, told the commission in Sydney.

“As Catholics, we hang our heads in shame,” he added, holding back tears as he described the “massive failure on the part of the Catholic Church in Australia to protect children from abusers”.

Al Jazeera’s Andrew Thomas, reporting from Sydney, said this is the first time “overall figures have been put on the extent of reports of sexual abuse – and they are alarming.

Senior counsel, Gail Furness, told the commission that 90 percent of the alleged perpetrators were male, while the average time between when the alleged abuse occurred and when a claim was made was 33 years

Furness said the accounts of the experiences of the survivors in numerous hearings “were depressingly similar”.

“Children were ignored or, worse, punished. Allegations were not investigated. Priests and religious [figures] were moved. The parishes or communities to which they were moved knew nothing of their past. Documents were not kept or they were destroyed,” she said.

“Secrecy prevailed, as did cover-ups. Many children suffered and continue, as adults, to suffer from their experiences in some Catholic institutions.”
‘Dreadful crimes against children’

“There are just so many children who have been so damaged over tens of years because of the Catholic church, and because of the extent of their cover-ups,” Isaacs told reporters outside the hearing.

“I just wanted to come to be witness to the exposure of these dreadful crimes against children.”

Six of Australia’s seven archbishops, and leaders of other Catholic orders, are being questioned by the commission for the final hearing.

The worst-offending institutions were the orders of brothers who often run schools and homes for the most vulnerable children.

The church surveyed 10 religious institutions and 75 church authorities to uncover the abuse data on priests, non-ordained brothers and sisters, and other church personnel employed between 1950 and 2009.

Prosecutions have been launched in 27 of the 309 abuse cases the commission has referred to Australian police, with 75 more being investigated, it says.

Last year, Australia’s most senior Catholic, Cardinal George Pell said the church had made “enormous mistakes” and “catastrophic” choices by refusing to believe abused children, shuffling abusive priests from parish to parish and over-relying on counselling of priests to solve the problem.

Two members of the Pontifical Commission for the Protection of Minors set up by Pope Francis were invited to give evidence via video link, but instead opted to provide written evidence on the group’s work, the commission was told.

Church sexual abuse broke into the open in 2002, when it was discovered that US bishops in the Boston area moved abusers from parish to parish instead of defrocking them.

Similar scandals have since been discovered around the world and tens of millions of dollars have been paid in compensation.