REPEAL OF FARM LAWS - A DEFEAT, VICTORY OR A STRATEGIC RETREAT? 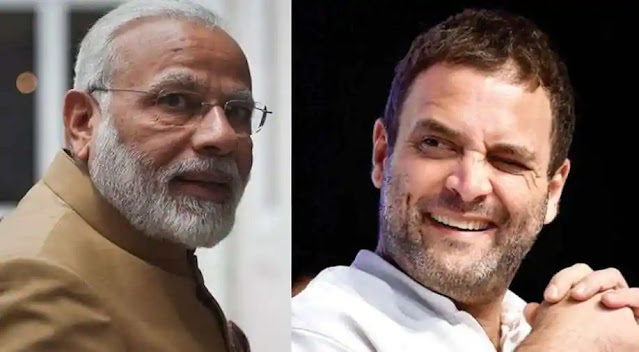 First I would like to share a quote from the “Art of War” by the 6th Century Military strategists and philosopher Sun Tzu.

“Thus we may know that there are five essentials for victory:

The youth icon (Rahul Gandhi) visited London recently and met his handlers. He promised to set India alight with protests, civil agitation, etc. Part of the reason for the repeal was to discredit him within the minds of those agencies and therefore haemorrhage further funding for him for future plans. He is too much of an idiot to be the main reason but he could may have been the trigger in terms of timing.

All of the other considerations are also true:

But the main reason - the freeing of resources / ground capacity / deep assets for bigger battles ahead.

Whilst it is disappointing that the (brilliant, noble) laws have been repealed, nevertheless, they will be installed in BJP states over time anyway, so farmers and the nation will be better off over time. (But obviously not in Punjab, even if the BJP wins in alliance with Captain).

And the perception of weakness - of backing down in the face of protests is a total red herring. ‘Farmer protests’ was never the reason. The past actions of the PM show that he is not a coward when it comes to national security be that Balakot strikes or the border skirmishes with China. The repeal of Article 370 was a much more serious than the far laws.

There are much, much more violent & dangerous confrontations where he didn’t back down one jot, and we forget that at such times. So ‘backing down’ is not the point - changing tactics is.

Yes - he would have liked to keep these laws and what he says (with great humility) is true - BUT what ‘he doesn’t say’ is much more important.

It is true that some will still be emboldened by *what they perceive* to be a backing down, but that, hopefully will also be settled once future actions unfold.

As usual, our ecosystem is overly-emotional. Hot heads swing into gear at a time when we all need to be united. Robust critique is vital - but *emotional reactions devoid of strategic understanding divides us at a moment when, in the times ahead, we will need to be very united.*

Massive battles lie ahead for Bharat. Let us be wise and stay united, and fight amongst ourselves privately, not openly. Ghar ki baat, ghar me rehnee chaiye.

*Bharat will need us all to speak in one voice in the times ahead.*

Let us not forget the Art of War.

Sun Tzu | The Art of War

The Art of War by Sun Tzu is an ancient Chinese military text composed of thirteen chapters, that are devoted to the strategic and tactical aspects of warfare.

The Art of War explains in detail how we must behave in battle, and, more importantly: how to win.

What makes a strong army?

In what manner should we approach the enemy on ‘enclosed terrain’?

And how should we use spies to garner information, or to spread ‘fake news’?

Aside from specific tips on combat, the Art of War has a profound philosophical side to it.

Sun Tzu argues that war shouldn’t be taken lightly, that the highest form of warfare is defeating the enemy without fighting, and that being ‘still’ and ‘inscrutable’ is the business of a general.

He emphasizes the use of intelligence over brute force and teaches us how to win battles the smart way.

The beauty of the Art of War is that its wisdom can be applied to our modern lives as well; even in times of peace, when we don’t have to deal with bloodshed, but rather with work, sports, and daily conflicts in general.

This video explores the wisdom of Sun Tzu’s work: The Art of War.