The Illuminati Challenge the Elders of Zion 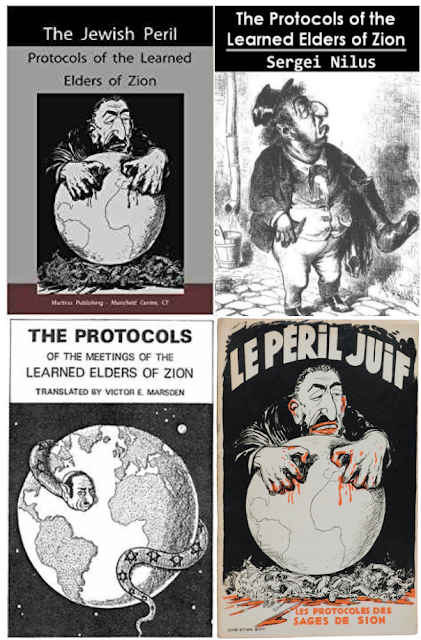 (READ: ‘Warrant for Genocide’? The Protocols of the Elders of Zion)

After the Asian secret societies targeted the Western criminal elite, a total sh-t storm broke out among secret societies.  Many of these societies have operated over millennia and mostly remain dormant.  Now they all sprang to life and mobilized their members.  I experienced this firsthand, as their members approached me or tried to destroy me.

The real trigger for this was an interview I had with David Rockefeller in late 2007.  Rockefeller had arrived in Japan to promote a Japanese language version of his autobiography.  As a part of this promotion, some men in black arrived at a large bookstore and closed off all the exits before Rockefeller appeared and made himself available to sign his book.  Somebody took a photo of this event and sent it to me with the note “Rockefeller is in town.”

As a long-term foreign correspondent in Japan, I knew big wigs like him typically stayed at the Hotel Okura across the street from the U.S. embassy.  So, I waited until 10 PM, when I figured his handlers would have left the room but he was still awake, called the switchboard and asked for David Rockefeller.  I was put straight in touch with him.  I told him who I was and my background, and asked him for an interview.  He agreed.

This interview took place the following morning.  However, the fact that I was able to directly contact the head of the Bilderberg, Council on Foreign Relations and Trilateral Commission shortly after the Asian societies threatened the members of these groups let the world know this was the real deal.

The “Elders of Zion,” i.e. the Rothschilds and their lackeys sent Michael Greenberg, the key man they used to control Japanese politicians to visit the Asian secret society bosses in Japan.  Greenberg told them I was a woman-beating, amphetamines addict and that they should have me killed.  When the Asians confronted me with this I suggested they ask my ex-wife or any other woman I had been intimate with to confirm this was complete slander.

This was the first hint they were planning to use drugs to destroy me.  It was around this time that Sasha Zaric, aka Alexander Romanov, approached me.  Zaric said he was sent by a group known as…