Israel Has Issued an Ultimatum to Russia 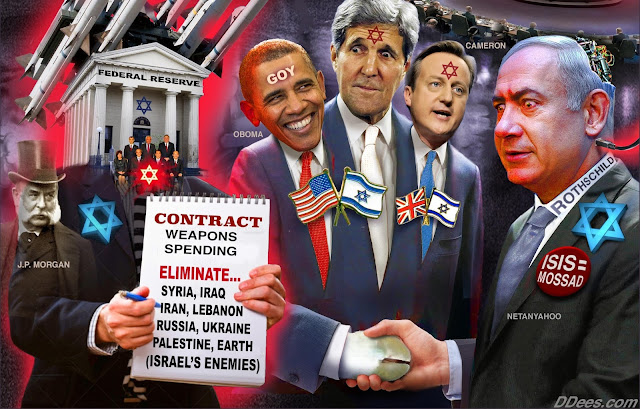 Does Russia Know What’s Up?

May 04, 2018 "Information Clearing House" - I find myself wondering if Russia understands the Washington criminal with whom Russia is so desperate to negotiate peace and understanding.

Russian Foreign Minister Lavrov is excited that Trump has invited Putin to the White House “to jointly curb the arms race.”

Of course the US military/security complex wants to curb an arms race in which Russia is 30 years ahead. Will the Russian government in all its delusions and romanticized view of the US and its vassals again be sucked into meaningless agreements that leave Russia exposed to annihilation?

How can Russia expect any agreement with Washington or any European country to mean anything when in front of Russia’s very eyes the US, alone in the world, is breaking the agreement the US made with Iran with regard to Iran’s enrichment of uranium?

Why does Lavrov want to negotiate another agreement with Washington that Washington will break as it has every other negotiated agreement with Russia since the Clinton regime. Does the Russian Foreign Ministry find it difficult to learn from experience?

Russia has the winning hand, but does not know how to play it. The caution with which the government operates encourages more provocations, whereas a more decisive policy would discourage provocations.

Washington interprets Russia’s conciliatory behavior as weakness, and now also so does the tiny country of Israel. Believe it or not, Israel has issued an ultimatum to Russia. Israel, a country so small that it can be wiped out by conventional weapons alone has now ordered the world’s primary military power to get out of the way of Israel’s illegal military attacks on Syria.

A country that can be given an ultimatum by Israel, whose army was twice routed and utterly defeated by a small Lebanese militia, has no respect in the West. This is Russia’s problem. Even the militarily impotent British talk about going to war with Russia as if that is a riskless undertaking.

As long as the Russian government conveys indecisiveness and weakness in its responses to extreme provocations, the provocations will continue to push the world to World War 3.

Dr. Paul Craig Roberts was Assistant Secretary of the Treasury for Economic Policy and associate editor of the Wall Street Journal. He was columnist for Business Week, Scripps Howard News Service, and Creators Syndicate. He has had many university appointments. His internet columns have attracted a worldwide following. Roberts' latest books are The Failure of Laissez Faire Capitalism and Economic Dissolution of the West, How America Was Lost, and The Neoconservative Threat to World Order.