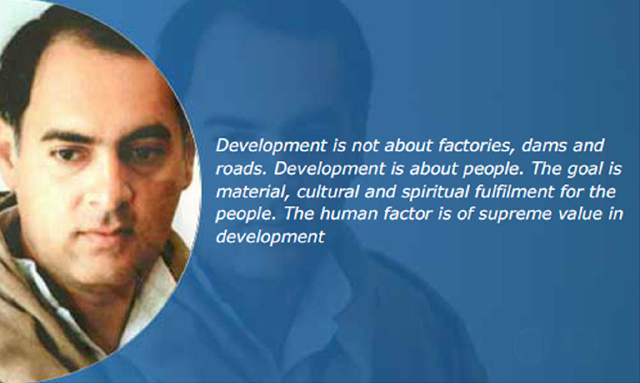 NEW DELHI: The Supreme Court directed the CBI on Monday to file status report on its probe on the larger conspiracy behind the assassination of former Prime Minister Rajiv Gandhi and asked for a timeframe for completion of the investigation. A bench of Justices Ranjan Gogoi and Navin Sinha said the conspiracy behind the assassination had to be probed as directed by a Tada court.

The court was hearing a plea by A G Perarivalan, one of the convicts whose death sentence was commuted to a life term in the assassination case. He alleged that neither the CBI's special investigation team nor the Multi Disciplinary Monitoring Agency (MDMA) headed by it had proceeded with the probe in a proper perspective to bring the accused to book as several people at the top were involved. He contended that a probe to identify the role of individuals to uncover the larger conspiracy in the killing was required.

The apex court had on February 18, 2014 commuted the death sentence of Perarivalan to life imprisonment, along with two other condemned prisoners — Santhan and Murugan — on grounds of a delay of 11 years in deciding their mercy plea by the Centre. Perarivalan alleged that CBI and MDMA, which were entrusted with the task to probe the facts, have not done their work properly and they were delaying the probe.

"The grievance of the petitioner is that the designated Tada court was monitoring the pending investigation on papers only, but without knowing actual facts of the investigation being conducted by CBI (MDMA) for the last about 17 years. The Tada court merely collected sealed covers cluelessly, that too in-chambers vide in-camera proceedings, from the investigating agency every three months once without even opening the said covers for so many years," he said in his petition.

The Assassination of Rajiv Gandhi and it's Global Strategic Impact

Finally All Fingers Point To A Foreign Hand

What is Mosaad game plan in India?

Indira Gandhi and The Moles Of Henry Kissinger

Sleuth Without A Clue

If I Am Not For Myself: Journey of an Anti-Zionist Jew (Chapter 10 Diasporic Dimensions)
By Mike Marqusee

The Kaoboys of RandAW: Down Memory Lane
By B. Raman

The Assassination of Rajiv Gandhi : 1 & 2

25 Years On, IPKF Awaits A Fitting Tribute Back Home

Non-Alignment movement smoothly taken over with assassination of Rajiv Gandhi

Assassination of Rajiv Gandhi and its aftermath – Essay

India and the Nonaligned Summits
By Renu Srivastava

India and the Non-aligned Movement
By H. M. Wajid Ali

The Role of Non-Aligned Movement in World Affairs – Essay

Finally All Fingers Point To A Foreign Hand

Ramoji Rao’s Writings And Activities Before 1992 And After 1992

http://www.dnaindia.com/analysis/column_the-paradox-called-subramanian-swamy_1567157
Posted by SATHYA at Thursday, May 04, 2017