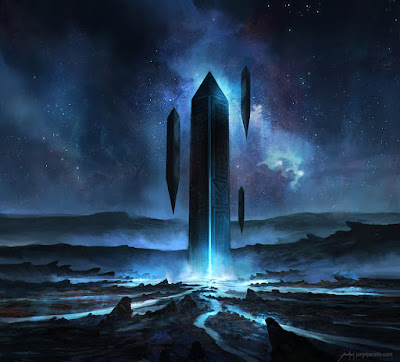 The crafts possess a type of radiant energy or a ray, which will easily disintegrate any attacking ship. They reenter the etheric at will, and so simply disappear from our vision, without trace

The Document declassified by the FBI states: “…Part of the disks carry crews, others are under remote control, and the bodies of the visitors, and the craft also, automatically materialize on entering the vibratory rate of our dense matter…”

The crafts possess a type of radiant energy or a ray, which will easily disintegrate any attacking ship. They reenter the etheric at will, and so simply disappear from our vision, without trace

Numerous government around the world are slowly coping with the idea that the worldwide population has a right to know whether or not we are alone in the universe. In fact, the disclosure movement has never been as strong as it is today with countless Military officers, government officials, and astronauts speaking out about the existence of alien life and Alien spacecraft.

Among all of the governments on the planet, it is believed that the United States have a lot of disclosure to do. Presidential Candidate Hilary Clinton has stated that if she is elected President of the United States, she would disclose all alien related documents and get to the bottom of the UFO phenomenon.

Jon Podesta, who was President Barack Obama’s right man, and Chief of Staff under the Clinton administration tweeted not long ago that one of his biggest regrets of 2014 was his failure to “secure the disclosure of UFO files” and that “the time to pull the curtain back on this subject is long overdue. We have statements from the most credible sources, those in a position to know – about a fascinating phenomenon, the nature of which is yet to be determined.”

But despite serious attempts of disclosure, the government of the United States still maintains that they do not have knowledge of any information related to the Alien/UFO phenomenon.

However, many maintain that the reason why disclosure hasn’t happened yet isn’t because of the government. It’s very likely that such a subject might even go far beyond, extending into powerful corporations and a tight group of international elites.

Many governments around the globe have declassified a number of UFO-related documents which only proves that they have been extremely interested in the UFO phenomenon for years. However, not only have governments released classified information, agencies such as the FBI, NSA and CIA have also declassified some of their most secretive files on UFO’s and Alien life in the universe.

Getting to the bottom of the declassified FBI document, the original one can be found by visiting this link which will take you to the FBI’s vault of declassified documents.

The declassified document was addressed to “certain scientists of distinction,” to“aeronautical and military authorities,” and to “a number of public officials.”

The declassified document is a letter sent to the director of FBI in Washington from their San Francisco office, detailing UFO’s and extraterrestrial.

“Lt. Colonel _X_X_ of G2, San Francisco advised today he has no further information, and that our Seattle office is in possession of all information known by him and is handling the matter at Tacoma, Washington.” (Source) 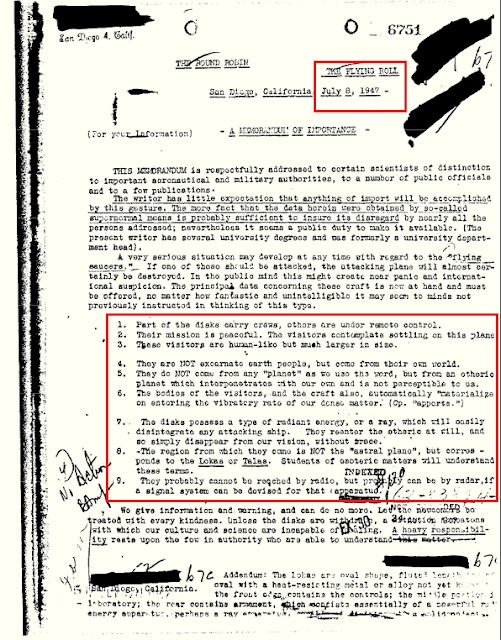 -Part of the disks carry crews; others are under remote control.

-Their mission is peaceful; the visitors contemplate settling on this planet.

-These visitors are human-like but much larger in size.

-The disks posses some type of radiant energy.

-They do not come from any “planet” as we use the word, but from an etheric planet which interpenetrates with our own and is not perceptible to us.

-The bodies of the visitors, and the craft also, automatically materialize on entering the vibratory rate of our dense matter.

-They re-enter the etheric at will, and so simply disappear from our vision, without a trace.

-The region they come from is NOT the astral plane but corresponds to the Lakas or Talas. Students of esoteric matters will understand these terms.

However, this is just one of the many files that have been released to the public which describe with great detail the visitations.

Many things remain a mystery. While the above-mentioned documents give fascinating details about the visitations, it still leaves us with a umber of questions like: Is it possible that three are several races of aliens out there? Are they Physical or extra dimensional?

“Yes there have been crashed craft, and bodies recovered. We are not alone in the universe; they have been coming here for a long time.” (source) (source) – Apollo 14 Astronaut, Air Force Captain and Founder of the Institute of Noetic Sciences, Dr. Edgar Mitchell.