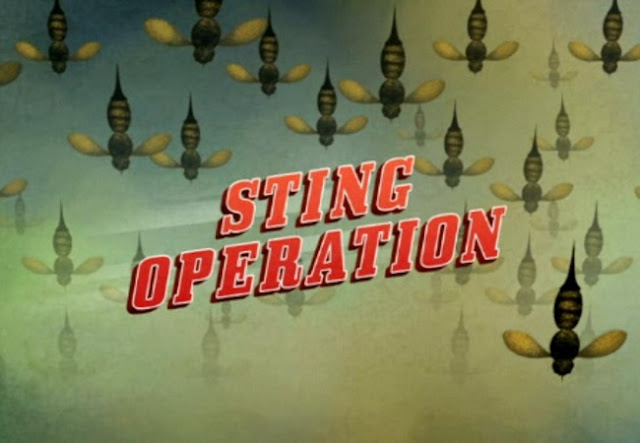 As a guest on InfoWars' War Room with Owen Shroyer today, intelligence expert Steve Pieczenik declared that the 2020 election was set up by Trump's people as a "sophisticated sting operation" to trap the Democrats and the Biden crime family in irrefutable criminal fraud.

The original video is found at this Banned.video link. It has also been re-posted to Brighteon.com (see below).

Pieczenik is not working for the federal government, he explains, and what he describes leaves many questions and raises some doubts, such as the question of how such a large operation could have been kept secret from the Democrats all this time.

Nevertheless, if this is true, it means that Owen Shroyer, InfoWars and Steve Pieczenik just broke what is arguably the biggest news story in at least a century, dwarfing the significance of anything from the Washington Post and the Nixon administration.

-The ballots used in the election were printed by the Department of Homeland Security.

-Every legitimate ballot across America was watermarked with QFS blockchain encryption codes.

-Trump was fully aware of the sting operation and is still allowing the Dems to dig themselves deeper into their election fraud.

-The sophisticated sting operation was intended to catch and expose the massive vote fraud of the Democrats.

-Everything you're seeing right now with the ballot fraud was completely expected by Trump's people.

-"Thousands and thousands of National Guard [troops]" have been sent to 12 states right now, to assist in securing the legitimate ballots and throwing out the fake ballots printed up by Democrats as part of their fraud operation.

-This sting will expose the entire Biden family and get them all convicted and sent to prison.

-"We watermarked all the ballots with QFS blockchain," and sent 20,000 or more National Guard troops to the ballot centers.

-The few members of the media who were allowed to be read in on this operation were able to keep it secret all this time, and Pieczenik thanks them for doing so.

-"This has been a set up by Trump for a long, long time," he says. "This is our counter-coup against the Bidens."

-Arrests are coming right away. "As of tomorrow," he says, and it will continue for a long time to come.

-"This is the biggest sting operation" in the history of America.

See the interview on Brighteon.com here:

Do not forget that Joe Biden recently admitted, on camera, that the Democrats have, “the most extensive voter fraud organization” in the history of American politics. You can see him admitting this here:

Right there, Joe Biden openly admitted to the nationwide vote fraud, just as he also openly admitted to withholding a billion dollars from Ukraine in order to get prosecutors fired who were looking into the Burisma scandals that involved kickbacks to his son, Hunter. Shockingly, Joe Biden thinks Democrats are so untouchable that he can publicly admit to almost any crime imaginable, including nationwide vote fraud.