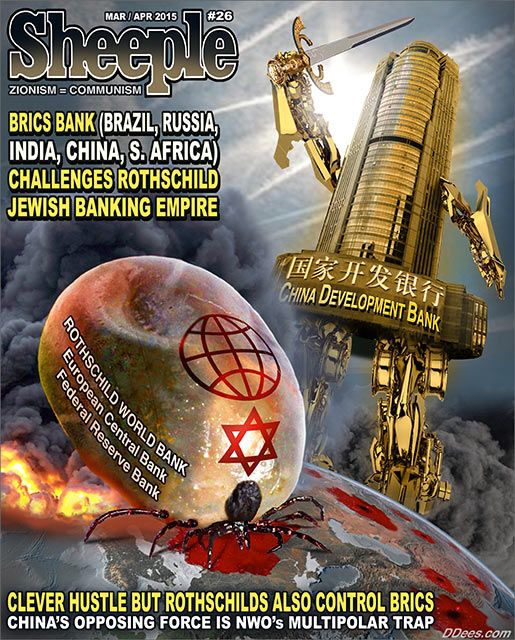 Billion dollar lawsuits are nothing to gold-rigging banks like Deutsche, but the proposition of spending time in jail might just have motivated the notorious criminal institution’s executives to rat on its peers. This isjust the beginning of disclosure in the financial industry which the world has never before seen.

Deutsche was fined just over $2.5 billion barely a year ago for rigging interest rates, and now they are admitting in settled U.S. lawsuits this week that they manipulation gold and silver prices on international markets. Part of the settlement involved the naming of co-conspirators in the manipulation of these markets.

The scam is being called ‘the London Gold Fix’, and in addition to Deutsche Bank, Canada’s Bank of Nova Scotia, the U.K.’s Barclays and HSBC, and France’s Société Générale are involved. More than likely hundreds of banks participated in illegally setting prices for gold and silver – but this isn’t really news to those familiar with the ministrations of the elite banking cabal.

Cushy banking jobs are only given to those deemed worthy by the ‘Four Horsemen’ of banking who are among the top ten stock holders of practically every Fortune 500 company and who come from only eight families. According to Global Finance magazine the world’s five biggest banks are all based in Rothschild fiefdoms in the UK and France, though Chinese banks are gaining power.

In the US, a combination of deregulation and merger-mania has left four mega-banks ruling the financial world: Bank of America ($2.2 trillion), JP Morgan Chase ($2 trillion), Citigroup ($1.9 trillion) and Wells Fargo ($1.25 trillion). That’s your four. So, any gold rigging, libor scandal, price fixing, mortgage rate ridiculousness, etc. is going to trickle down from these banking elite.

John Merrill, founder of Merrill Lynch, exited the stock market in 1928, as did insiders at Lehman Brothers, but merger mania left us with just a handful of conspirators that could control entire markets – including the lucrative gold and silver markets.

“If this type of blatant rigging of financial markets is allowed to continue, the world economy will soon face a crisis more devastating to the middle class than anything we’ve seen since the great depression.” – Patrick Dwyer Merrill Lynch

Is it any real surprise, then, that the first class action alleges that the defendants, including The Bank of Nova Scotia, conspired to manipulate prices in the silver market under the guise of the benchmark fixing process, known as the London Silver Fixing, for a fifteen-year period? Or that an identical class action suit was filed for manipulating gold prices? Or that plaintiffs accuse Deutsche Bank of conspiring with Bank of Nova Scotia (BNS.TO), Barclays Plc (BARC.L), HSBC Holdings Plc (HSBA.L) and Societe Generale (SOGN.PA) to manipulate prices of gold, gold futures and options, and gold derivatives through twice-a-day meetings to set the so-called London Gold Fixing. Old news – but of course the corporate, bank owned media is just now setting us all straight.

The lawsuits are just a few of the many in Manhattan federal court in which investors accuse banks of conspiring to rig rates or prices in financial and commodities markets. The banks are ‘too big to fail’ because they rigged it all – oil prices, gold prices, silver prices, interest rates, the US stock market,foreign exchange markets – EVERYTHING. As Matt Taibi has said in a Rolling Stone article, “The illuminati were amateurs.”

As Preston James and Mike Harris explain, “the history of the Khazarians, specifically the Khazarian Mafia (KM), the World’s largest Organized Crime Syndicate that the Khazarian oligarchy morphed into by their deployment of Babylonian Money-Magick, has been nearly completely excised from the history books.” They are talking about this rank and file banking cartel. The full history of this perpetuating fraud can be perused, here.